The StewardTech Turbine: A Patent-Pending Design Bringing More Power To You.

With our turbine, we have created what is without a doubt the next great step forward in transportation and propulsion, for everything from lawnmowers to locomotives and everything in between.

That’s because we have developed patent-pending technology that makes our engine more efficient at higher output than anything else out there.

The StewardTech Turbine has higher efficiency than conventional piston engines found in gas-powered cars. Our engine lasts longer and packs more horsepower relative to its size. Our turbine is a model of efficiency and durability while being environmentally friendly; the turbine itself can be used in wind and tidal generators, so it’s greener, too. 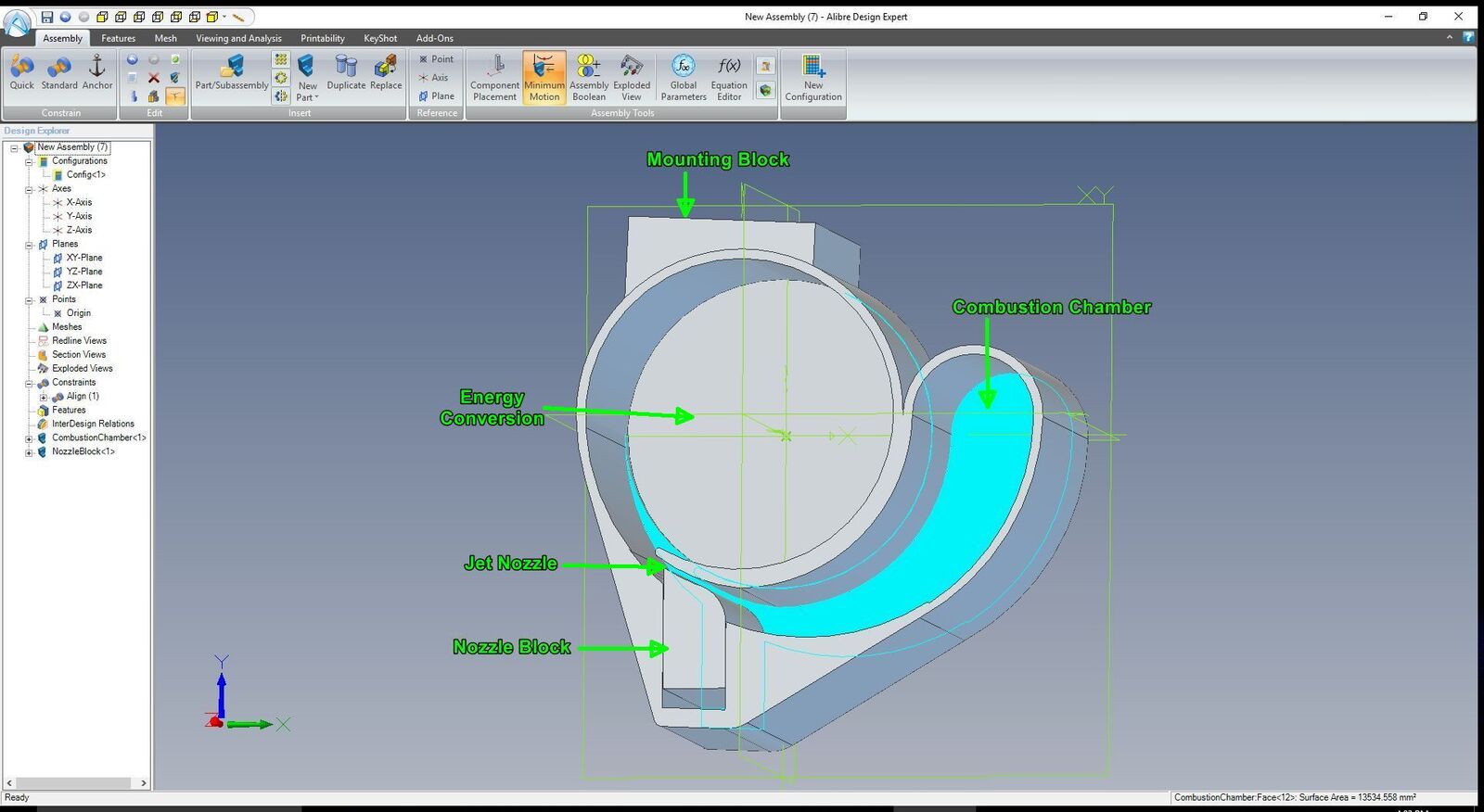 The design above illustrates the core of our design; the leverage of energy conversion through superior efficiencies in energy flow.

The chief advantage of the StewardTech Turbine over axial and radial turbines is that the StewardTech turbine is a long cycle turbine, that is, the working fluid remains in the turbine until the maximum amount of energy is extracted from it. In an axial turbine, the working fluid passes through the turbine along its axis in a single pass. To make up for this, additional layers of blades or vanes are stacked one behind another to allow multiple extractions to take place. Unfortunatel y, that adds significantly to the size, weight and complexity of the turbine.

In the StewardTech turbine, the fluid moves neither axially nor as a one- shot radial pass. Instead, it is forced into a circular path around the outside of the turbine ’

s flow control surfaces. These surfaces are arranged radially in layers around the axis. This way, the centrifugal force operating on the working fluid forces the highest energy fluid to the outermost layer of flow control surfaces. By putting additional layers at smaller and smaller radii from the axis, multiple extractions can occur without changing the size of the turbine. By centering the exhaust port on the turbine’s axis, we ensure that only the lowest energy working fluid can exit the turbine. This allows a more efficient process in a smaller package.